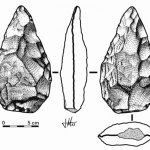 I first became aware of the possibility of being a writer* during my professional legal training. Before then I experienced only moderate success, and limited satisfaction, when I wrote. I struggled to communicate my ideas and lacked confidence that I could structure an argument or marshal evidence.

However my awareness of a crucial change came not as a result of learning to argue. There was no dramatic damascene moment in which my mock-trial performance convinced me, or a thrilled audience, that I was to be the next Michael Mansfield. Truth is, my advocacy skills are distinctly lacklustre. I go red. Over adrenalized, I splutter, and angrily forget crucial words and arguments.

No, my awareness of a transformation into someone who thought they might, possibly, be able to write came as I was taught to draft contracts.

Contracts are attempts to explain and describe a reality – an agreement between parties. They also attempt to cater for known and unknown situations that will occur in the future. Drafting them requires general skills – methodical working, careful checking of details, clarity of aims as well as specific ones – careful definition of terms, building the mechanics of information flow through the instrument, defining and then engaging legal subroutines in particular circumstances. You also need to know a lot – contract law, rules about consumer protection, about product safety, regulation, taxation, attestation, consideration, the list goes on.

Writing these contracts taught me the value of a plan, which then changed, of key terms, which were then adapted, of structures, which had to be re-structured, and of checking, drafting, re-drafting, looking things up, testing and re-visiting. They taught me to look at things from the point of view of my client, from the view of their business partners, and from that of other legal professionals who might read it in the future in an attempt to understand the parties’ agreement and intentions. The contract had to protect the interests of the first, allow the second to recover the legitimate advantage that the parties had agree would be their ‘consideration’ under that agreement and give the third enough information to enforce that agreement in case of dispute.

How was I taught this? I was taught what the bits of a contract did, just as everyone else in my class was, and the kinds of things you have to take into account when taking instructions. I was taught the laws and conventions that govern the formation of legal agreements, and how these related to contract drafting. We were all taught this.

I know this sounds daft, ridiculous but, unlike for most people in that class, for me drafting contracts was fun and even exhilarating. [Alan Partridge]I took to drafting a contract like one of David Attenborough’s peregrine falcons takes to the New York skyline. Yes, I got into scrapes, false starts, mistimed dives, but I was held aloft by thermals, could see the skyscrapers, the trees, the landscape and the details [/Alan Partridge]. Not everyone could do this – but I could. I could do it well, with an enjoyable, wing-beating, effort.

But did this awareness, this enjoyment emerge from earlier experiences, was it because of what I already knew, or what I could already do? Why was I able to dive into this? Why did I take to it?

I think it was because I spent my early teenage years programming computers. I had a ZX81 which I taught to swear on screen (once spent a lovely afternoon teaching my uncle’s Dragon to actually say ‘bugger’ in response to certain key presses). Eventually I turned my ’81 into an alarm system for my bedroom. Then I was given a Spectrum into which I would pour hours of typing – entering and then debugging programmes taken from computer enthusiast magazines. I learned how to structure, to test, to go-back-and-fix.

Why, in turn, was I able to invest such time, why was I able to understand how the different parts of a programme fitted together?

When I was much younger I often played with a ‘Bigtrack’ robot – using simple keypad commands to negotiate the smooth floors of our new-build 70s semi, in order to deliver ‘just in time’ Lego bricks to the road layout where I was learning to build parts out of other parts. Bricks into doors, floors, windows, into houses, houses into towns. At the same time I loved taking things apart – my grandad would bring round old radios for me to take to bits – ask questions about, crunch underfoot. I played at putting things together and at taking them apart.

From first principles of deconstruction and construction, to learning about physical movement then how information can move and flow through text, how routes through a programme are constructed by routines, subroutines, blocks of stored data mediated by defined and fluid variables into defined terms, clauses, sub-clauses and sections, I travelled towards being able to write well (or better at least!). I transferred this growing understanding, these skills to new and different domains, one after the other. Later I used the same skills to help me conceive, draft, re-draft and improve pieces of non-fiction writing, first on various OU courses, then in writing summaries and worksheets for pupils. After this I moved on to writing for websites, a podcast and then several books. At each stage I picked up new skills and knowledge, and new dispositions, but these all built on the same skills – the same bits of my brain lighting up and modifying with each task – as had lit up all those years before when I typed:

*this doesn’t mean being a professional writer, or earning money from writing, but _being_ someone who interacts with the world partly through writing, who enjoys it almost as much as he hates it, but who has to do it .

A personal archaeology of skills.

One thought on “A personal archaeology of skills.”