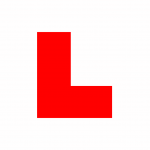 Spent an inspiring and amazing day at #TLLeeds18 yesterday, run by the wonderful and amazing @agwilliams9. It was such an interesting and thought-provoking day at which I met some challenging and provoking speakers, and gave a talk on the mistakes I made as a HOD.

The first talk was by Paul Warwick about the leadership lessons in Shakespeare’s Henry V.   This was most convincing when discussing the private journey of leadership, the impact and pressure that leaders face, and the need for them to take stock, find mentors and confidants, and in the ‘performance’ and emotional labour that good leaders have to summon up.

Even where Paul’s talk inspired scepticism from me, it did so in a powerful and thoughtful way. My talk, in the afternoon, also hit on similar themes of ‘vision’.   I have big problems with the idea of vision, and especially with the example of Henry V being presented as a model for how leaders should devise and implement a vision. Paul asserted that Henry’s vision was one of service, that through dark places he successfully brought his band of brothers to a victory that reflected this vision.

I would counter that expecting leaders to create a vision, then use this to impose direction on a staff is dangerous. Rather than service, sacrifice and legacy, the correct Henry V analogy is of profligacy and hubris.  The story could be re-cast as that of a medieval king spending thousands of lives and draining an exchequer in order to fulfil a grand vision which essentially boiled down to ‘let’s conquer France so that I can be richer’. Furthermore the whole hollow enterprise is shown to be fragile when Henry’s son is unable to maintain the vision so hard won at the great sacrifice of Henry’s subjects.

My own time as HOD was driven by a mixture of hubris and fear, and it didn’t end that well, to be honest! My presentation was a reaction to the conference circuit which encourages us only to talk about our successes, and never to examine our failures. I described the things I did right, and the stuff I got wrong:

A lot of the presentation was about my failure to disagree with the changes that were happening in school, but this mistake was all mine. I had drunk the cool-aid.

This led me to think about why things had gone wrong for us as a history team, and the role that my consumption of the cool-aid had in the events around us. I looked back at some of the NCSL guidance that I’d read when I was a fast-track teacher, which I realised constantly pushed my generation of middle leaders to take up the mantle of ‘transformational leadership’.

As you’ll see from the presentation, a core feature of ‘transformational leadership’ is having a vision.  Julian Stern, a philosopher of education at York St John University has suggested that vision is a dangerous thing for a school leader to have, given its connotations with religious prophecy, its susceptibility to take over from external visions and priorities (especially in circumstances of high levels of external accountability) and its tendency to supress dissent.

The effects of ‘vision’ can be seen in job adverts that invite people to ‘join us on our journey to outstanding’, and in HE strategy documents that set out a vision to ‘achieve gold TEF’.  It can also be seen in the labelling of difficult staff members as ‘energy sappers’ and the failure to engage with legitimate concerns that people have when change comes to their institutions. Vision leads to rich and well informed perspectives being silenced. Paul Warwick referred to a section in Henry V’s leadership journey in which he ‘deals with the traitors’.  This brought a chill to my mind given our current political climate.

My go-to philosopher is Isaiah Berlin and his suggestion that principles are what’s needed, rather than visions, coherence and consistency. I offer the following three:

Here’s the presentation: My HOD mistakes

My Mistakes in Middle Leadership: The danger of visions