Hope you don’t think I’m flogging a dead horse here, but I’ve been puzzling again over the GCSE requirements published last week, and in trying to understand them I drew a few diagrams. (Don’t worry I’m not about to out myself as a visual-learner).

There there are now three types of study – Depth, Period and Thematic. 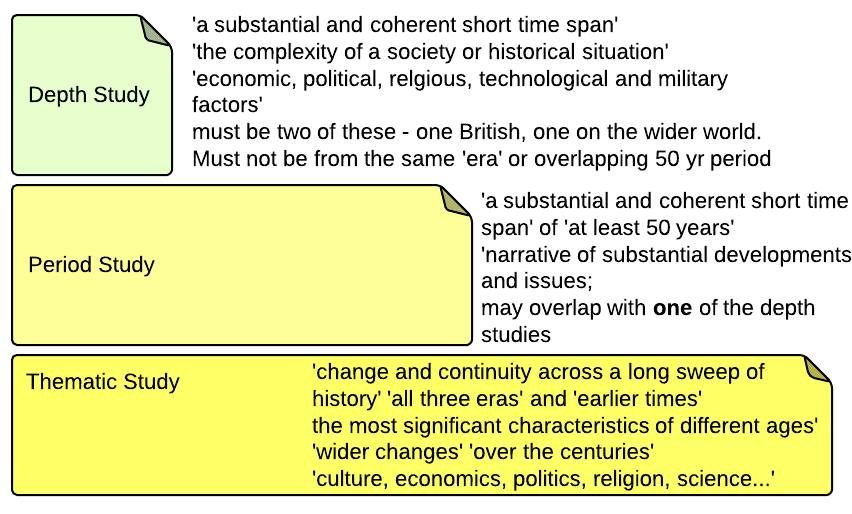 One important change here is that there must be two depth studies.  One of the depth studies may overlap in the period covered with the Period Study.  Thematic studies look like development over time studies to me and to other people too.

We’re also informed that the GCSE should have history from all three of the ‘era’s defined in the guidance.

Finally, there are rules about the ‘location’ of the material presented.  Each specification must cover localities, British and ‘Wider World’ histories.

There’s no coursework and no controlled assessment permitted by the guidance.  Which leads me to think that the exam boards have been set quite a complicated task in making all this work.  Obviously we won’t know until we have sight of draft specifications, and I have no inside information on this at all.  I wonder if we can make some speculations about the construction of the new specs.

New GCSE History – what do the boards have to offer?

One thought on “New GCSE History – what do the boards have to offer?”