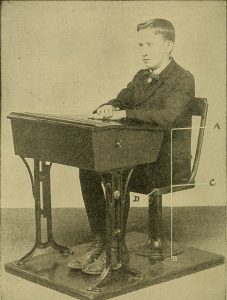 The latest book is E.D. Hirsh’s ‘Cultural Literacy’.  Hirsch started to impinge on my consciousness in a serious way in 2010 when it became apparent that Michael Gove and Nick Gibb would be using insights gleaned from their reading of his work in their reform of the National Curriculum.   At that time I possessed only a slight and prejudiced view of Hirsch’s ideas.  I am sure that this view was coloured almost entirely by the fact that he had been embraced by the incoming Conservative education leadership.

Reading the work has therefore been a real education – not the least because of the message of hope that one can read into it – that knowledge offers a (the only) route out of educational and, by implication, social disadvantage.   This has also been an important re-education for me.  I have re-focused in turn on the importance of the knowledge that my students have, not just the knowledge that I have as a teacher.   I’ve always seen my job as to teach students knowledge that they don’t have, but it took me some years to consciously focus on the fact that I’d therefore need to consider the things that they already knew (or didn’t know).

Hirsch also makes some important points about the way we have constructed curricula over the last twenty years, which resonate with my experiences as a history teacher. In our concern to choose a history curriculum that is not oppressive or irrelevant to those that we’re teaching we have instead shifted our focus onto formal skills in history – rather than make hard choices about what to teach and what not to teach.  As we’ll see in a later post, I think that Hirsch also ducks these hard choices.

I don’t think this abdication was ever as complete here in England as Hirsch suggests has been the case in American public schools.  This is especially the case in history classrooms.  We have always been concerned in history to teach an overview, a framework.  This is apparent even in the structure of most KS3 curricula in the schools I visit, which remain chronological and which touch on the big features of the chronological landscape – the Romans in Britain, Medieval Britain, Early Modern Tudor and Stuart Britain, Agricultural and Industrial Revolutions and which finish with a bloody flourish in the 20th Century.

I disagree too with Hirsch attempt to place all the blame for this on Rousseau, Dewey and romanticism. It’s hard to remain romantic when actually teaching in a school – pragmatic pressures such as the struggle to spark interest, to justify one’s practice (and indeed existence) in the face of absurd and arbitrary accountability regimes and resultant managerialism.  There has no doubt been an easy re-course to a crude form of constructivism in schools, but one could argue that the move towards a formalist curriculum is actually an entirely rational response to the situation in which teachers have found themselves.  Performativity and formalism go hand in hand. Performance management trickles down through students’ targets and into pupil friendly mark-schemes, flight paths and ‘exam technique’ interventions.

Hirsch is also convincing that knowledge has an impact on the fluency of reading. Early in the book, before looking at his own research, Hirsch describes a study which found that two groups of readers, one American, and one Indian each found it easier to read articles which were about weddings from their own cultures.    Hirsch’s own work on the impact of knowledge on reading fluency and other research is used to show that background knowledge makes reading more fluent.

However, the extent of the improvements in fluency, and the impact of this improvement on learning are not made clear.  In describing the eureka moment that has informed his work on knowledge in the school curriculum, it is interesting that Hirsch takes the decision not to directly compare the fluency of readers ‘with’ and ‘without’ knowledge on the same graph.  The difference is not as great as it appears when one makes the direct comparison – around 4-16% increase in the words per minute rate for each quintile (estimated from the graphs in the book) between readers familiar and un-familiar with the content of a text.

Hirsch makes a convincing argument for the role of a basic level of fluency in discussion of the mechanics of short term memory and the clogging of this system if too much new or confusing information is presented, but there is nothing here to suggest whether this acts as a  floor level or whether learning  improves or increases the more fluent one’s reading is.  The implication is that there are two states – ‘fluent’ or ‘clogged’, and no middle ground, but there is nothing to suggest what the level of ‘clogged’ is.

Hirsch was originally looking at the effect of style on reading rates, by comparing the rates of people reading original pieces of text that were also stylistically degraded by the researchers.  The effect of prior knowledge on reading fluency seems to be removed altogether if we compare the rates of those reading degraded texts on topics that they’re familiar with, and those they’re un-familiar with.  In comparing college and university students reading about Grant and Lee, both reading stylistically degraded text Hirsch found similar rates of reading.

If the impact of knowledge on fluency was as great as suggested, might we expect instead that prior knowledge should make up for the poor writing in the stylistically degraded texts, or even to enable informed readers to leap over the barrier presented by the degradation in the text?   If we want to improve the fluency of our readers Hirsch’s graphs suggest that we should be doing more than teaching them more knowledge – that there are other factors that might affect the way we approach text, or which might limit how fluent our reading of a text can be.  One of the most important would, from this evidence, seem to be the quality of the writing of the text that one is reading.  The implication for teachers is that we should choose our texts carefully, and work hard to make our written communications accessible.

I realise I’m at risk of being condemned as a ‘knowledge denier’, so I should be clear that I think we should want our students to know more.  What I am pointing out, and this is a theme I will return to in a later post, is that in focusing only on the role of knowledge and on reading fluency, in the face of his own contrary evidence, Hirsch is placing all the deficit in the minds of the learner.  For Hirsch, the message is that there is nothing else we can do as teachers other than give more knowledge, nothing as writers that we can do to make reading more accessible, nothing else that we can do to equip students who find themselves reading material with content that they don’t already know.  It’s a one-way street.

One thought on “Project Halpin: ‘Cultural Literacy’ (1) – Hirsch and the Reader”