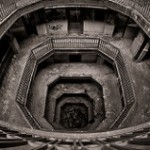 At the end of February I went to hear David Halpin’s public lecture at Leeds Trinity University, where I work and where Prof. Halpin is a Visiting Professor of Education. This inaugural lecture was entitled ‘Tears of Longing: The Role of Nostalgia and Tradition in Education’. I went along expecting a thoroughly enjoyable evening of having my prejudices confirmed by an engaging and well informed speaker. I hoped also to pick up a few reading tips along the way and to leave the conference room at LTU with my world view strengthened.

I’d even had a little bet on with myself. I thought that this talk would be about the inadequacy of policy makers’ nostalgic view of education – the silliness of looking back to a golden age that never was when trying to come up with solutions and policies for today. I was expecting him to cite the crocodile tears of politicians whose ‘golden age’ rhetoric was a cover for uncharted change, giving the un-tested a patina of age and experience.

Prof. Halpin did take aim in particular at the poverty of thought which leads politicians back towards grammar schools, as a tool of social mobility, when all the evidence points to their role in depressing social mobility for most of the population. He claimed that policy makers ‘half shut their eyes’ when thinking nostalgically about their own experiences, so that they could ignore legitimate questions, and that they used tradition as a way of avoiding these questions.

However, Halpin also said that we all use nostalgia, and that its use could be negative or positive. As a tool, nostalgic thinking could help us to open our eyes to a current situation, and to resist the way things are or are changing in the present, as well as challenging others’ vision of the future.   The crucial thing is being honest with ourselves about the character of the nostalgia in which we’re engaged.

As an example he talked about his own experiences as a boy who got enough marks to pass the eleven plus exam where he lived.  He recalled how he had been put on stage at the school assembly, and presented as a role model to the others in his primary school, and the realisation that he would be separated from his friends.  He talked about how he has met them since, and how different their lives have been. But he also talked about how that change in his life led to a successful and fulfilling career.

This was all very interesting, but I think I missed the point until I asked a question at the end. I asked him about the more recent tendency for reformers to denigrate the comprehensive system, despite the fact that it helped many of them to reach Oxbridge universities.  David’s reply made me think.  He asked why they thought that, and said that it was up to the proponents of comprehensive education to ask why even those who had benefited from it were questioning its effects.  Very clearly he said that there were ‘legitimate questions’ to ask about comprehensive  education.

A few days later my youngest, who has been obsessively reading the Percy Jackson series of books by Rick Riordan, said to me that she’d like to learn ancient Greek. She’ll go to our local comprehensive school, which is a great school that is looking after our eldest really well.   They don’t teach Greek, ancient or otherwise.  This request really got me thinking, as I realised that there wasn’t going to be much chance of her learning classics unless I used my privileged resources to get that for her – which I will probably do.  Not everyone can do that, and perhaps this leads us to ‘legitimate questions’ about comprehensive education.

Recent discussions with other academics, debates that I’ve had online with other supporters of the Labour movement, and the recent whitepaper have made me realise that we all, on all sides of political and ideological thought have the tendency to leave our nostalgia, and our basic assumptions un-examined.  I started to think about how I have read lots of books, but not many I didn’t agree with. If there are legitimate questions to ask about the positions that we hold (and there are, for all of us), and our ideas are better, stronger and more effective if we take care to interrogate and scrutinise them properly, we need to challenge them.

To that end I’ve given myself a bit of a project.  I’m going to read a book a month that, on the face of it, I might not agree with.

March – The Other Invisible Hand, by Julian Le Grand

April – The Schools We Need: And Why We Don’t Have Them by E.D. Hirsch Jr.

May – Seven Myths About Education by Daisy Christodoulou

I’m halfway through the Le Grand, and in the context of the current white paper it’s fascinating.  However, I need more suggestions – can anyone help?

Project Halpin – Reading books I think I might not agree with.

5 thoughts on “Project Halpin – Reading books I think I might not agree with.”