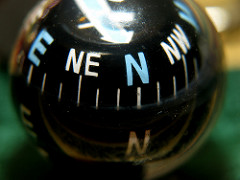 Julian Le Grand’s book has been sitting in my ‘to-read’ pile since my OH finished her MA in Healthcare Management. Le Grand is the Richard Titmuss Prof. of Social Policy at LSE, a position he has held since at least 2007, when this book was published.  In the years before this he was a senior policy advisor to Tony Blair at no. 10.

Le Grand’s vision that choice and competition were to be the most important drivers of increased quality, efficiency, accountability and equity in public services is one that I have some ideological trouble with – but I’m the first to admit that this has largely been of the un-examined type. Competition sounds inefficient to me, in public services, and runs counter to my co-operative ethic, and that of many people that I know who work in public service.

In addition, what has always worried me about choice and competition is the need for failure – in order for some schools to do well, others have to lose out.  In health and education (the two sectors that Le Grand focuses on in this book) this has seemed iniquitous to me.  We only get one life, and to have a healthcare or education system which requires some to experience failing care and education seems wrong.

Nonetheless, this vision was one which seemed (for a time at least) to drive Blairite policies in health (if not in education), and reading this book has helped me to form a more balanced view of what was being attempted then in the NHS reforms, and informed my growing unease about what is happening now in education.  It has also challenged my views on competition as well as clarified what it actually means to open social provision up to a ‘market’.  I have learned that markets are not all the same.

The first task that Le Grand sets for himself is to categorise the ‘ends’ of social provision and then the different ‘means’ that are available to realise these ends.  The discussion on ‘Ends’ describes ‘quality’, ‘efficiency’, ‘responsiveness and accountability’ and ‘equity’ in detailed and realistic ways.  Le Grand doesn’t shy away from the difficulty in deciding what kinds of ‘quality’ should be prioritised – how this could mean quality inputs (such as the level of qualifications of those delivering service, or the buildings in which they work), processes (how the users are treated, dealt with or the kinds of experiences they have as clients, customers, users etc.), or outcomes and outputs.

Differentiating between outputs (the activities that the service undertakes) and outcomes (the results of these activities) is a crucial point – as policy makers (according to Le Grand) tend to want to measure the inputs and outputs of a service – rather than the processes and outcomes – in terms of the experience or the service, and the life quality, life chances or changes to these brought about as a result. The processes and outcomes are the things that are probably more important to the users of these services, though  Le Grand is also open about the difficulties of measuring these.

For Le Grand people suffer when services are not efficient – he sees the cost of services not just in terms of their price, but in terms of their opportunity cost.  This is the value that is being forgone by spending money on a service.  If the comparison between the value of the service and the cost of the service is not balanced, we are losing the opportunity to spend that money on things which create more value.

the real price of a service is not the money that was spent on providing it: it is the other services that could have been provided had the money not been spent in that way. (Le Grand p.9)

This is a difficult concept, which I’m not sure I totally understand, but I think that Le Grand’s treatment of it misses one important aspect, which reflects the pre-austerity days in which he was writing. Services need enough money to work efficiently. We have seen crises in the NHS and in teacher recruitment which have meant overspends and increased costs in spending on agency and temporary contractors, nurses and supply teachers. Supplying a service at a given cost might not be possible.  There is also an interaction between quality and efficiency which

Responsiveness and Accountability as ‘ends’ of public services are also really interestingly dealt with, using Albert Weale’s ‘principle of equal autonomy’. This states that as part of the respect owed to individuals as ‘deliberative and purposive agents capable of forming their own projects’ (cited on page 10), government should create and maintain conditions conducive to this autonomy.

I’m really interested in this idea of humans being ‘deliberative and purposive agents capable of forming their own projects’.  As soon as we have more than one ‘deliberative and purposive agent’ living in close proximity to others – as we surely do in our modern and interconnected society – this will entail trade-offs, negotiations and compromises, and the making and maintenance of structures which enable these things to happen.   When is this duty discharged in terms of education?  Is it through the option to educate children at home, or at private school?  What’s the effect of these options being open only to a minority?  Does having the option to choose the school that our children attend discharge this duty, and is this the case even in those areas where there is no real choice over schooling? Is the duty discharged entirely by these options and choices at the start of schooling? To what extent should we address pupils’ status as ‘deliberative and purposive’ agents’, and when?

You’ll gather that I’ve enjoyed reading Le Grand, and as we’ll see in the next post on this topic about ‘means’, the book certainly raises very interesting questions.  What I’m less sure of is how realistic Le Grand’s ideas are in the current policy and fiscal climate.  As I think we’ll also see – choice and competition has become a kind of slogan which is hiding incoherency in education policy.

One thought on “Project Halpin: The Other Invisible Hand (1) – Ends”