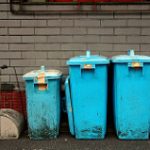 I’m currently reading 12 books that I think I might disagree with, inspired by a lecture I went to by David Halpin.  With this post, I’m finishing writing about the first book I read – Julian Le Grand’s ‘The Other Invisible Hand’, in which Le Grand argues that choice and competition in public services is the best way to drive their improvement. Le Grand discusses other ways of improving these services: trust, targets, and voice. In this post we’ll look in more detail at ‘Choice and Competition’, the method which Le Grand argues should play a prominent role in providing and improving public service provision.

Le Grand is careful to set out his stall precisely. He argues that choice and competition must go together if they are to improve public services. That is there must be a real choice between providers and  those providers have must have competition incentives to 1) seek to meet the demand or 2) avoid the desertion by service users that choice implies. In other words money and resources must follow the users’ choices.  Le Grand is also clear that merely giving the name of choice and competition to a policy will not lead to improved services: the choice and the competition must be real. There must be real alternative providers available to service users, and the purchase power of the state must back their choices.

This, for Le Grand, does not mean privatisation because public services take place in a quasi-market. In quasi-markets service users do not pay with their own resources, but those of the state, and this means that, according to Le Grand, these are “fundamentally egalitarian device[s] enabling public services to be delivered in such a way as to avoid most of the inequalities that arise in normal markets from differences in people’s purchasing power.”.  In this way individual wealth or lack of it should not constrain choice .

Beyond this ‘egalitarianism’, Le Grand describes several advantages to this model. Firstly it takes seriously a moral duty to give individuals autonomy, which we have already discussed. Secondly it provides incentives to provide better service, whether they are knightly altruists or knavish opportunists.

The book deals with some of the objections that can be raised about using this policy-approach, but I think it underestimates problems which lie in the way of establishing real choice in education.

The most fundamental of these is about where these choices impact. In medicine, unlike in school, one can make choices about the particular specialist one sees for each medical condition, or even each medical treatment one receives. In each choice, under Le Grands’ vision, providers who are incentivized to attract patients will provide a better service. We don’t pick a hospital on moving to or being born in an area and then dutifully use that hospital for all our illnesses and treatment. Each incident, each need, can be (and often is) met by using different providers. You might visit one provider for surgery on your back, and another to diagnose an eye condition.

Not so in education. Evidence suggests that within school variations are more important to a child’s progress than between school variations. For choice and competition to have an impact therefore, parents and pupils need to be able to make a choice between history teachers within a faculty. In addition, for this choice to be real, they need to be able to choose to send their children to a different school where there is a physics teacher who they believe will meet the needs of their child.  Obviously the practicalities of these choices prevent them from being fulfilled without the allocation of high levels of resources.

However, even if we take the argument that choice at a school level can raise standards, we have to do a better job than Le Grand in facing the resource-problems that get in the way even of the choice of school being met. Even if we allow for the change in fiscal policy that the 2008 financial crash forced upon governments, this aspect of ‘real choice’ is dealt with only at a superficial level. The assertion that choice can be described as real because 80% of children in England have two or more schools within three miles of them (p.79) does not stand up to much thought, or to evidence. Not only does Le Grand rely elsewhere on research which suggests that having a choice of five schools is necessary for positive effects of choice and competition to be felt (p. 74), but his statistic fails to be clear that the presence of schools within an area is only effective in raising levels of real choice if these schools have capacity to take students who wish to attend. It would seem that many of these schools do not have this capacity.

In addition, Le Grand fails to properly consider that, once parents and pupils have made their initial choices, there are important barriers which mean that, in many cases, parents will be unable to exercise more choice and will have to use voice.  Cost of transportation, having siblings in the school, a valued Chemistry teacher even though the English teacher and history department is falling apart, quite apart from emotional ties between their children and their peers will all act as barriers. These problems are in addition to taking into account that of the other two schools within three miles one is a notorious sink, whilst the other’s catchment area covers the nice estates which means that it is over-subscribed.

There are other things that Le Grand makes a nod to, but does not properly consider.  What information do parents need in order to make a decision?  Are league tables, or progress 8 figures enough to help them make this choice. What information do parents actually use on making school choices?  Do they think about the quality of provision or is this only one factor balanced with others that are un-related, such as ease of access, where siblings are or even whether they think the head is a wally.

So, choice and competition is a fine policy on paper, but it crunches up into a ball at first contact with reality. Interestingly the coalition government and, to an even great extent, the current Conservative government talk much less about competition and choice and much more about ‘autonomy’.  Perhaps this change has been driven primarily by the lack of resources available to government to provide for the level of choice required by Le Grand’s invisible hand.

I think we can question whether autonomy can really pertain to schools which cease to be independent legal entities on joining a multi-academy trust, many of which act like franchise businesses and impose teaching methods from the centre. The recent white paper represents a final nail in the ‘choice and competition’ coffin when we also consider that regional MATs are likely to emerge, meaning that parents can choose any of the three ‘Educorp’ schools within their three mile choice-zone.

So, my reading of ‘The Other Invisible Hand’ took much longer than I had thought it might. This is because it’s one of those books which is so intriguing that you have to keep coming back to it.  You can see how reading this book has made me think about current policy, and question why the government has not more clearly set out how ‘autonomy’ as envisaged by their proposals is (1) really ‘autonomy’ and (2) how it will raise standards.  One day I might to do some more reading on this and post about it.

What’s interesting me at the moment though is why policy makers prefer structural policies like these, when it is classroom level changes which seem to make an impact on the experiences that pupils have in school. Thinking about this has sent me to other books, such as ‘The Education Debate’ by Stephen J Ball.  Where this will lead, who knows, but this year of reading books that I think I might disagree with, has got off to a really informative and interesting start.