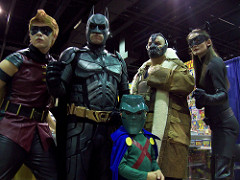 This year I’m trying to read a book a month that, on the face of it, I might expect not to agree with. March’s book was Julian Le Grand’s ‘The Other Invisible Hand’, a book about the advantages of using choice and competition as a driver for improved public services.

For a book on this topic, The Other Invisible Hand is a good read. Le Grand wants to give us an overview of the ideas that govern his thinking, and to make these accessible and certainly persuasive. Of these latter aims he succeeds in both, to an extent – but in my view there are real problems in his analysis to do with resources.  In the last post I described (I’m not doing much more than expressing what I think I’ve learned and reflections on the book in these posts) Le Grand’s aims of public services, and since then I’ve spent a lot of time thinking about his typology of means – the ways that public services attempt to meet those aims.

As in his discussion of aims, Le Grand wants us to understand that these means never stand on their own.  At any time in any public service a mix of them is used to improve service.  He also points out that there is often conflict between these means, as there was between the aims, but his main argument is that a mix of these means which includes a substantial element of choice and competition seems to offer the best way of driving services towards their aims.

His view is very persuasive, but what is interesting is the way that he frames the debate as one of a mixture of means, and the way that choice and competition does not necessarily infer privatisation, personal profit or private ownership.   For me the discussion around ‘quasi-markets’ was very interesting, and a bit of a revelation, as I will discuss in a later post.

Le Grand sets out a typology of different means for reaching the aims of public service (see the last post on this):

This is the one that I have often heard expressed in staff-rooms, lecture halls and I’m sure that I’ve even said myself something along the lines of ‘we’re professionals, we should be trusted more’.  Trust models assume that public servants are ‘knights’ and that they will work hard to deliver public services that provide Le Grand’s aims – those of accountability,  effectiveness, quality and efficiency.   The high levels of autonomy that ‘trust’ relies on can also lead to higher productivity through high morale, without costly and sometimes dubious monitoring and accountability systems.

All well and good.  However what if, as Le Grand suggests, not all public servants are ‘knights’?  What if some are ‘knaves’, motivated not by the welfare of the citizens they work for, but for their own self-interest? That would lead to services being organised in such a way that they maximised benefits for the providers, rather than the users of a service.  What if they’re knights sometimes, and knaves at other times?

There’s also a really interesting discussion about who decides whether someone is a knight or a knave.  Le Grand writes that

‘knights may have their own agenda. They may be altruists […] but their interpretation of what would contribute to that welfare may differ from the government’s view or indeed that of the users themselves’ (p.20)

As a history teacher this resonated with my professional experience, and as a teacher-educator with a slightly wider perspective that I’ve picked up over the years.  Teachers often resist what is prescribed from the centre.  Taking the history curriculum as an example – over the years we saw various different iterations of the official history curriculum, but in schools the lag caused by using old resources, the enacted curriculum in many schools was much slower to change.  High level debate about teaching thematically or chronology in teaching journals, requirements in the national curricula and lower concerns in papers about the lack of knowledge of young people washed up against the cliff of ‘this is how we do things’.

Some of this resistance is actually a very good thing.  During research for my masters I interviewed teachers who taught one way for performance review and Ofsted inspection, and another for their normal teaching.  One described it as ‘like playing shit cover music’ which he knew would please the section of the audience he needed to be pleased, but which ignored the needs of the students in that lesson.  This enabled him to teach in the way that he wanted for the rest of the year.  Does this make him a knight, for bravely fending off the inspectors so that he can cater for his students’ needs the rest of the time?  Is he a knave for ignoring the diktats and requirements of his SLT and the Ofsted inspectors, or for ignoring the needs of his students in those performance review lessons so that his pay and career progressions were not interrupted?

Le Grand also points out that knightly attitudes can often descend into controlling paternalism, though their ‘perceptions of the needs of the wider community may be limited’, and they may be ‘giving users what the knights think they need, but not necessarily what users think they need’.   This is also a very interesting point for a teacher to consider.  My view of being in loco-parentis was that that my concern for their welfare had a long term, truly parental element which merged with my duty as an educator.  I was teaching them things that they might not want to know about, but which I thought they ought to know, for their welfare and for their future welfare.

Sometimes their parents didn’t agree – often I was told that the most important thing was that their children were happy. Actually I kind of agreed, but at the time I felt that my view of happiness was sometimes longer term.  Does this make my knightly concern into knavish paternalism?

Le Grand couches his point about the needs of the wider community in terms of monetary resources. He gives the example of doctors spending too much money on medicines because it is hard for them to do the rationing because of their lack of community-wide perspective.   As a teacher this too rang a bell.  Doctors can see too many patients in a day, volunteer to cover too many night (knight?) shifts, as well as perhaps spend too much money on tests, pills and treatments.    For most teachers the only commodity they have is time. Recent discussion on twitter about planning and marking has made me wonder whether knightly teachers staying up late to mark in green, red, blue pens and plan lessons might be overspending the community’s resource (their own time) in those areas to the detriment of other areas (being alive in the classroom).

We can therefore see some problems with relying on ‘knightly’ trust models.   As Le Grand puts it:

This made a lot of sense to me.  I know that we’re not all knights, and I also know that some of our knightly instincts are misdirected and can lead to wasted energy and un-necessary work.  Le Grand makes a strong case – it’s not enough to trust the knights.  In the next post on this I’ll look at Targets or ‘command and control’ as another way of driving improvement.

3 thoughts on “Project Halpin – The Other Invisible Hand: Trusting Teachers?”