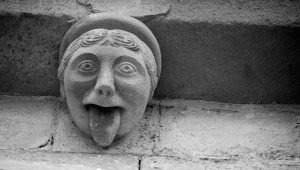 I’m currently reading 12 books that I think I might disagree with, inspired by a lecture I went to by David Halpin.  I’m almost finished writing about the first book I read – Julian Le Grand’s ‘The Other Invisible Hand’, in which Le Grand argues that choice and competition in public services is the best way to drive their improvement. Le Grand discusses other ways of improving these services: trust, targets, and voice. In this post we’ll look at the last one.

One of the great things about reading a book such as this is that it makes you think hard about what a taken-for-granted word like ‘voice’ actually means in the contexts of improving public services.  For instance, we are told that voice can be collective or individualist.

Collective voice mechanisms are things like voting for new council members or parent governors, but these can be blunt in that they don’t readily allow the users of these services to voice their ideas, aims, complaints and feedback. They do mean that there is a formal way in which the users of these services can have some say in their provision in their locality.  One of the (many) things that worries me about the plans for academization is the lack of local democratic oversight that the MATs will be under. Le Grand is right that these mechanisms are blunt, but I think he misses an important aspect of their function – accountability over the planning of medium and long-term provision of services.

The 1870 Education Act didn’t require that children go to school, but it did require that the local school boards (pre-cursors of today’s LEAs) ensure that there were enough school places for each pupil that wanted to attend.  The 2016 white paper leaves the responsibility for creating enough school places in the hands of the LEAs, without any effective means for achieving this (as Chris Husbands points out in his excellent blog-post).  Local democratic structures with powers as well as responsibilities can be a way that the community finds and uses a voice for the direction of resources to improve public services over the medium to long term.

Further confirmation that collective voice mechanisms that work through local democracy may be missed in the short term comes from the example of NHS trusts, which in theory the SofS can influence through commissioning.  As the latest nhsManagers.net newsletter suggests;

Commissioners can’t commission services they don’t have the money to pay for, or services that providers do not provide.

We’ve already seen that public servants have knightly and knavish tendencies. It is not beyond the realms of possibility that some trusts might not want to expand their services in a region or move into a new one- possibly for as many knightly reasons as knavish ones, and especially in a situation in which resources are tight.  As we’ll see when I eventually get to the end of these long posts (I don’t know if anyone is actually reading at this point), choice and competition, (and perhaps autonomy) works best when there is over-capacity in the system. Current evidence suggests that the opposite will be true in the coming years, and the Times recently ran a story reporting LEA’s fears that multi-academy trusts are reluctant to open new schools.

History should also give us pause for thought, before we leave the era when collective voice mechanisms helped steer and improve education services.  Jane Martin’s article To ‘Blaise the Trail for Women to Follow Along’: Sex, gender and the politics of education on the London School Board, 1870-1904′ suggests that public transparent discussion of education and education policy in each locality can contribute to progressive improvements of the rights and outcomes for marginalised groups.  It also contains ample evidence that without this transparency and discussion, without these collective voice mechanisms, that education policy risks falling into the hands and under the prejudices of cloistered cliques, and that progress has to be openly fought for.

So, Le Grand’s view is that on the one hand collective voice is a blunt instrument.  However he also considers that, on the other hand, individualist voice methods are exclusive and often inaccessible to many different categories of people.  Taking the example of complaints and complaint procedures Le Grand argues that individualist voice tends to be dominated by the middle classes.  I’m not sure about this.   He does make cogent points about middle class people having more influential friends, and argues convincingly that they are sometimes more articulate, and confident.  Elsewhere in the book Le Grand is careful to support his assertions with evidence, but here the argument is not supported with anything other than common-sense reasoning.  I wonder if there has been research about those who use voice related systems, and how successful they are.  Some of the most vociferous parents I dealt with were not the middle class ones.  Indeed the parents of the middle class kids who did OK were those that I would only see at parents’ evening, and usually  without incident.  One could make an anecdotal argument in favour or more research here by reflecting on the difficult conversations that we have with parents who are alienated by school, who fear for their children’s self esteem or their futures and see school as an opposing force.  They were the ones who often objected to homework, grades, feedback, detentions, in my experience, and the ones who were more likely to voice these objections.  The knight and the knave fought within me at such times – I sometimes felt frustrated at the inconvenience of a parental complaint, but I tried to keep in mind that most of the parents who used their voice in this way were rightly worried about their children’s well-being or education.

The real problem with ‘voice’.

For the force of Le Grand’s argument about voice the concern over who uses voice is however a side show.  For Le Grand the main problem with voice is that it lacks force as an driver for improvement.   Le Grand argues that voice works only when it reacts to users, and without other mechanisms the user’s voice can be ignored.  In Le Grand’s view the mechanism that works best with voice is choice.  Those providers who might lose their customers, their clients, their reasons for existence to other providers are the ones that react most quickly to voice.

I’ll be looking at choice and competition in Education in the next post, but before we move on it’s worth noting that this view of the users of public services as consumers is quite a limited one.  It seems to ignore their role as citizens, and the way that the institutions of collective voice have been developed, and how, in turn, they contributed to the development of rights and obligations that we have as citizens. As consumers our choice is restricted to accepting what is given, or attempting to access something else which looks more like the service that we want.  As citizens the conceptual borders of our roles, rights and duties are greatly expanded.

Tagged on: choice and competition    history of education    policy    voice