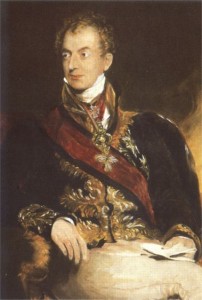 In the last podcast we looked at the idea of Italy in 1815 and the way that this idea was affected by French rule.  In today’s podcast we’re covering what happened after the French were driven from Italy.  We are going to learn about the decisions that were made for Italy at the Vienna Congress in 1815.  At this meeting between the Great Powers of Britain, Austria, Russia and Prussia, important ideas were discussed, borders between countries settled, and Kings and Dukes put back on thrones that had been toppled by French armies.  This plan, to turn back the clock in Italian affairs, is called the ‘restoration’, because so many rulers were restored, or brought back to power.

This entry was posted in podcast and tagged Austria, Italian States, Restoration. Bookmark the permalink.