A month ago, we packed the family into our ageing Megan, and travelled to the Black Country to see relatives and visit one of my favourite Museums, the Black Country Museum.  Sharing a hotel room with your tweenage family was, it turns out, a bit like sleeping in a busy badger set. Sighing, coughing, burping and breaking wind keeps us all awake as, outside, urban foxes voice the sleepless frustration that bubbles away inside.  In the morning we emerged blinking to breakfast next door at the brewer’s fayre – the idiopathic y adding little authenticity to the atmosphere of disinfectant and yesterday’s grease.

Then on to the Black Country Living Museum. I have been to the museum several times during my time teaching in Reading. That we were prepared to travel from Reading to Stourbridge with a coach full of kids to visit the museum year after year illustrates how highly we thought of the museum as a learning experience.  Put briefly, I loved that trip when I was teaching, and loved the way that the children learned from it.

One of the great things about the museum is the way it puts human scale against the Industrial. Maddy hates ‘ humanoids’ as she puts it – hating being at the bottom of the unhappy valley where ‘almost humans’ explain things that have emotional significance. All of us NT’s enjoyed the way that these helped us see the individual stories that in turn enabled us to see the bigger picture, and Maddy was able to listen to and later to recall with interest their stories of underground food and drink – ‘tack’ underground as well as the dangers of each of the different methods of digging out the coal.

Most memorable from their point of view was the young man sitting in the mine bottom, waiting for the pit pony and driver at a ventilation door, so unimportant that he was not allowed a candle. We imagined the stories that the child would tell itself in the dark – waiting for the sound of the hooves or the glimmer of a candle to disrupt the 12 hour shift, sitting on the floor of the tunnel in silence.

The museum covers industrial technical history – in the shape of the mine already discussed, but also using a working Newcomen Engine. 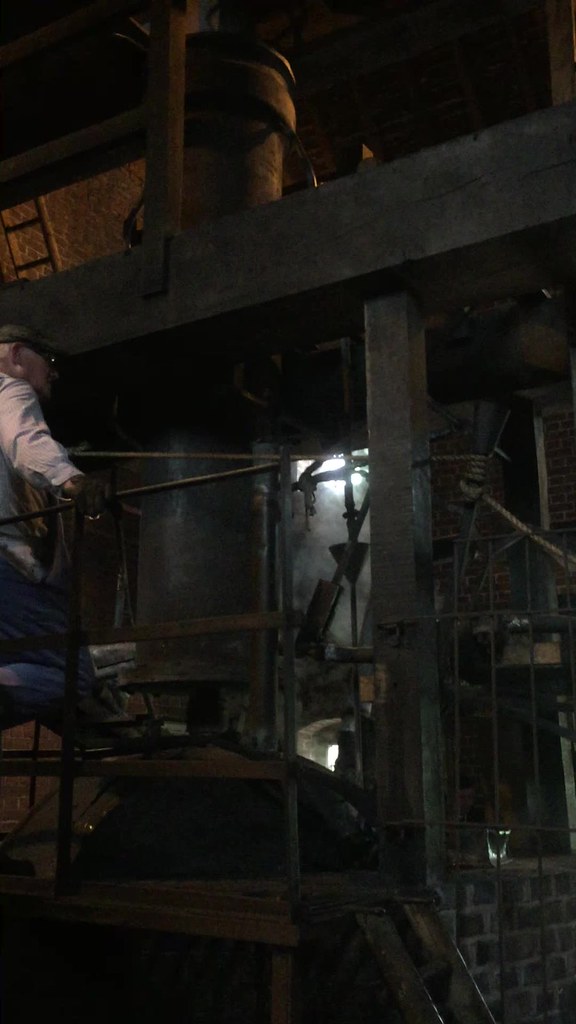 This engine was used to pump water from mines – it is amazing in action – dramatic smoke and a swinging pump arm full of crashing power in a tall room full of heat. Underneath the machine is the weirdly hypnotic ash-pit. My young nephew spent a good 5 minutes watching the embers flitting down to the cooling ash pile. 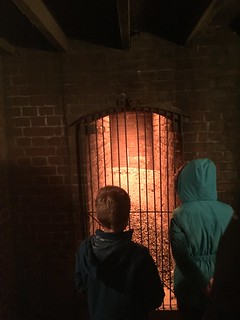 Above ground, the first houses you see are earlier than many of the other domestic settings, Pitt’s cottage, a one story self-built home, which contrasts with the back-to-backs further in to the museum, one of which is set slightly later in 1891 (and highly suggestive of overcrowding and poverty) and the other, set much more comfortably in 1924.

Where I think the museum is missing a trick is in not making more of the change over time (or perhaps even change over geography) aspects of the different houses and displays that they have gathered from around the black country. There is an element of this – many of the shops on the top row are more obviously from the 1930s – though the school is earlier – perhaps late 1800s. 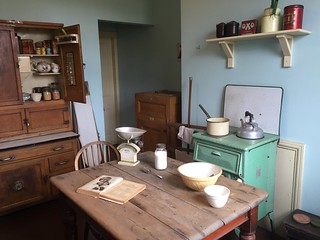 Often however we’re just ‘in the past’. There’s a wealth of information on the website, but not much available as you wander around. It would take a strong guide to explain the transitions and contrasts between buildings and chronological periods, but I think this would be a worthwhile aim of the museum. 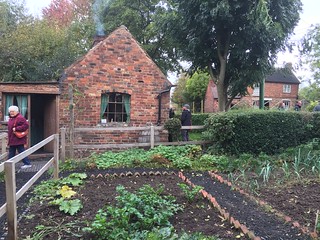 There are very strong guides at the museum – the children particularly enjoyed the lady in the Chemist shop. Despite looking the model of idealised Victorian female propriety she was more than willing to delight in explaining the use of suppositories. She also showed the children how ‘the Victorians’ made pills, which they were enthralled by. 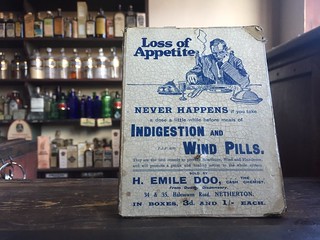 It’s this handiness, the skill and often very hard labour involved in production that stays with me after a trip to the BCM. This is especially true of that the different kinds of metal work that the Black Country specialised in. Watching a man working in the Nail Shop not only shows the great skills involved in working metal and also in working metal so quickly that they could make a living out of it (there’s a great video on the page to show you how it was done), but the physical nature of the labour – the hardness of the work. The hammers, mangles, wash tubs, fire grates, carpet beaters, brushes, mops, files and other tools are on display in areas around the museum – in shops, in the hands of dummies, laid out on the floors of houses as if momentarily dropped or left. When you step back and consider how much of the work achieved by people using those tools is now achieved through the use of energy (in the form of fossil fuels, mostly) you realise how much the consumption of such energy has changed our lives. 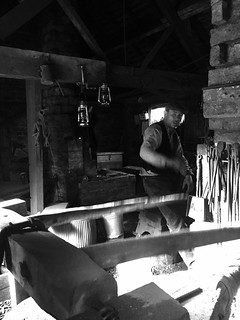 I’m reading (slowly, it’s very long!) Frank Trentmann’s ‘Empire of Things’, which alongside this trip has made me realise how much today’s consumption of ‘goods’ is based on the provision of things like water, energy and sanitation that allows us to operate them, but which also gives us the time to operate and enjoy them. This is the other thing that I think the BCLM is perhaps missing – it’s implicit in the gas lamps, the coal scuttles and the water pipes, and in the bridges, canals and trolley buses, but I think that it too could be brought out more.

I’ll end this rambling set of reflections with what was a real treat. I’m a wannabe baker (isn’t everyone these days) and as a family we really liked looking into the Victorian bakery. The heat (it was a cold day) was very welcome, the smells and the bread, basic human nourishment, alongside the excellent volunteer guide, made us think very carefully about how people lived, how they fed themselves, and enjoyed life despite the difficulties. Last week we watched the excellent ‘Victorian Bakers‘ on the BBC iplayer and recognised the bakery on the second episode of the show. We were really gripped by the way the programme explored the nature of bread production over time – how it changed, what stayed the same, how the meaning of bread itself changed over time.

Victorian England, and the Victorian Black Country in particular wasn’t one ‘thing’ or even a set of different class-based ‘things’ – it was a time of unprecedented change in almost every aspect of the way people lived, ate, socialised, organised, travelled, and how they voted and persuaded each other – which is what the Victorian Bakers and the Victorian Slum BBC programmes were so good at helping us to see. If I had one wish for the BCM it would be that they found ways to explain this in more depth – perhaps even to help us walk though, in and out of these changes and make explicit comparisons and contrasts.

A trip to the Black Country Living Museum