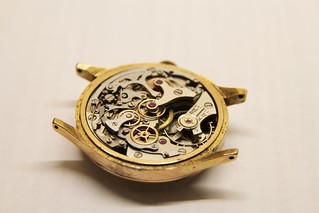 I’ve been reading @mfordhamhistory‘s blog post on the new GCSE content requirements  – you can find his thoughts here.

I think, overall, I’m a little more positive than he is about the changes.  Like Michael, I’ve taught Modern World GCSE, unlike him I have never taught a full SHP course.   I have experience of SHP from my training, and from visiting lots of schools that have followed those specifications.   I can see the potential for a ‘long duree’ style of course, and have seen medicine and crime and punishment courses where this perspective has been successfully and engaging taught.

I think there are other reasons why we can be positive about some aspects of what is coming.  Firstly the rules about overlapping periods have been relaxed.  Whilst the depth studies must not overlap, the period and one of the depth studies can be from the same ‘era’.  This reverses a change brought in last year which meant that it would not have been possible to study International Relations between 1919 and 1939 at the same time as studying the depth study on American Society in the same period.  This arbitrary rule was supposed to bring ‘rigour’ as it required the students to know about more ‘periods of history’, but ignored the fact that, beyond some interesting areas of overlap which enriched students’ understanding of the period, this did not mean that revising for one of these topics would mean that you didn’t have to revise for the other one.  Both required the substantial teaching of large amounts of different material.

The second thing is that Modern World might not be quite as dead as we would think.  Michael is right that whilst individual European Modern World courses will survive, the requirement to have a mixture of ‘medieval’, ‘early modern’ and ‘modern’ makes it impossible that a specification that has only modern papers will be approved by OFQUAL. However, the relaxation of the overlap rules (if I have read it right) could see, for instance, a “Medieval / Wider World” study, a “Modern British Depth Study” and a “Modern European / Wider World Period Study” with the “Thematic Study” fulfilling the requirement for history from the Early Modern Period.  So, this could mean a European Depth Study which covers the period 1900-1950, perhaps on the cause of conflict, which could be taught alongside a British depth study on life during either of the World Wars.

Alternatively we might see the same ‘Modern European and Wider World’ study on some aspect of the European Civil War from 1900-1950, along side an Wider World Depth Study on ‘American Society in the 1920s’ or ‘Germany during the 1930s’ with a British Early Modern Depth Study on the reign of Elizabeth the first*.

The complicating factor is the requirement that ‘British history must form a minimum of 40% of the assessed content over the full course’.   Under the old GCSE the requirement of 20% British history was easy to fulfil – one of the papers simply had to be ‘British’.  Under this new GCSE, I suspect, this cannot happen because of the requirement for two depth studies, one British and one Wider World.  This therefore seems to mean that ‘British’ content in the thematic and wider world courses will count towards this total.  Of course, much will depend on how this requirement is applied by the boards, and enforced by OFQUAL.   It seems to me that they will have to approach this requirement with some discretion, given that there has to be a wider world depth study, and a British depth study – unless the depth studies are going to be worth 80% of the final marks awarded between them.

Of course, all departments are going to have big decisions to make, and lots of work on their hands, given the scale of the changes at KS4 and KS5.  This is one of the reasons that I think the boards will be anxious to ensure that every centre can see something, and possibly even a combination of topics, that they are already familiar with, if OFQUAL let them.

*We could have great fun coming up with GCSE specs that would annoy those so critical of the previous GCSE criteria.  I could foresee one that sees students studying Hitler, Henry VIII and ‘life on the the American continent from early times to 1850’ for instance.

GCSE Reform – what will the boards offer?