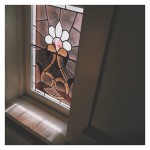 was thinking about teaching A level coursework the other day, specifically OCR’s interpretations and investigations coursework. For years the examiner’s reports have emphasised that students should not be taught to label historians as ‘orthodox’ or ‘revisionist’, and that instead they should be focussing on the different approaches and evidence that historians use when addressing the validity of their judgements.

The tendency of some history teaching resources (and perhaps also of some history teachers) to present the interaction of historians as one of conflict is troubling.  Often historiography is shown as an unfolding development of orthodox historians being challenged by revisionists who then find themselves challenged in turn by post-revisionists.  At worst history is presented as a series of battles between antagonistic titans – the example of Hugh Trevor-Roper -v- AJP Taylor springs to mind.

Is this how historians really work?  Is the current generation always to be found stripping the gilding from and digging out the foundations of the previous generation’s work?  Do historians really have professional enemies with whom they engage in Pokémon type battles, aggressively lobbing interpretations tipped with evidential explosives?

Reading about the Writing Lives project being run by Helen Rogers makes me think that this isn’t how historians really work – and that there are lessons we can learn from the project about how we set exams as well as how we teach our students about the discipline.   Students on Helen’s Writing Lives final year module at Liverpool John Moores University have each taken responsibility for blogging about one of the people whose memoirs have been given to the Burnett Archive of Working Class Autobiographies.  This is a great idea on its own, made more meaningful by the end goal of publishing an ebook which draws on the research the students make as a group, but innovative as it is, this is not why I’m drawn to blog about it.

What I found so interesting (so much that I nearly missed my bus home tonight as I read the ‘about’ page) was the way that Helen explained the context to the project.  The about page explains the historiography of working class memoirs, describing several books that you want to go and read straight away.  It then goes on to explain the way that the field has changed and grown, some of the directions that Helen and others want to take it, and the great opportunity offered by the sample represented in the Burnett archive, which is very different from those used by a previous generation of writers.  This isn’t a dismissal of the previous work, in fact the insights and patterns of that work are presented as jumping off points for future work, not something to be ‘revised’ or explained away.

I’d really like to think about ways that we might get school students, and especially those working at A level on independent study to consider the ways that different historians’  viewpoints can be used to spark enquiries, and to help them see that this needn’t always involve deciding which ‘interpretation’ is better than the others.

6 thoughts on “The “Writing Lives” project*”