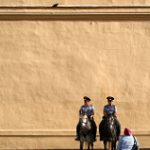 I’ve been thinking about (and will probably have been writing this post) for quite a long time – collecting examples of a kind of twitter behaviour that has been interesting me for some time.

A key feature of many edu-twitter users’ online life is the seeking out of practice that they disagree with or find abhorrent, in order that they can publicise their worries and coral condemnation from their followers.  I’m writing this piece not as a form of condemnation, but as an opportunity for me to  explore why this phenomenon makes me so uncomfortable. It’s inspiration is this tweet by @mrhistoire, a brilliant and thoughtful teacher who I have followed for ages – and with whom I agreed when he tweeted:

This isn’t history – nominally it is about the past, but that doesn’t mean ‘history’.  I could imagine ways of improving this, but not without relating to wider histories of gaming or leisure. Even with much effort not to such an extent that I can imaging spending any of the precious and restricted curriculum time reserved for history in primary or secondary schools.

Well, no.  I wanted to know where Toby had found this poor bullet point – so I asked him. It turns out that this was from a page that was tweeted around by @C_Hendrick – another tweeting teacher whose work I’ve long read and admired.

This kind of stuff has to be eradicated from our classrooms. pic.twitter.com/FgBQJuGcc5

Carl’s comment made me uncomfortable, especially when considered in the light of a tweet that he sent earlier in the week:

Beyond parody this: “If You Read To Your Kids, You’re ‘Unfairly Disadvantaging’ Others.” https://t.co/FEK2dFD6Hg

I’m not getting here at Carl personally.  These are just two examples of the kinds of tweet that I’m concerned with – there are many others.  In fact they have a long (hey, everything is relative) history.  We could argue that there is a tradition which has seen followers of various tweeters present them with ‘gifts’ of tweets or webpages that they hope might be tweeted around as examples of practice, beliefs or resources that can be pronounced as ‘beyond the pale’.

This is the most dreadful nonsense https://t.co/mWgNOC8v12

This is basically nonsense. https://t.co/r6yY18z6uv

There will be other examples.

Why do these things worry me so much?  Why do I find them unpleasant – so much so that I have un-followed many (not all) of those who do this?

A big part of this might be because I (like many other people) don’t enjoy having my ideas challenged.  I’m quite interested in the sociology of education, and therefore how theories such as Bourdieu’s might be used to understand aspects of it.  @JamesTheo’s post might therefore be one that I find distasteful because it challenges my own preconceptions and beliefs.  Even though I’m also someone who tries to seek out ideas that challenge my views – and enjoy reading and being convinced by others perhaps sometimes these tweets force me to face up to things that are at the core of my world view – this might explain some of the feelings they inspire.  However many of these tweets I agree with (Toby French on the value of creating a ‘history of pokemon’ for instance).  Nonetheless, it is highly likely that some of this discomfort comes from feelings of disorientation and challenge.

What partly worries me is the way that these tweets make twitter the sort of place where one comes for a duel, a spat, rather than a place to find out, explore or improve.  I’ll admit that I’m someone who doesn’t like conflict or aggression – emotionally as well as intellectually.  I just feel uncomfortable when I see others being attacked, even @philipdavies (though he seems to like it).  I can’t help wondering how they feel, what effect this is having on them.

Intellectually I fear that such tweets are counter productive – that they create feelings of aggression and being under-attack which make it hard for anyone to understand either (1) how others are to be persuaded to change or (2) why their ideas or practice might need to be re-examined.  Misapprehensions and conceptions which are attacked to aggressively tend to be un-examined and instead tenaciously defended or driven underground in silent protection.

I detect a righteousness in some of these types of tweet, and as I reflect on that I think I detect in myself another form of envy. I wish I knew what I thought about things with such confidence, such decision and righteousness – really, I do.  No doubt a some aspects of my personal history leave me wishing I was one of those people who could come up with a supported opinion about something without worrying that I might be wrong.  Perhaps I’m also envious of the groups of followers that tweets like this inspire. Do I wish my social media footprint were bigger? This might be true – though I’d probably force myself to write more controversial blog-posts if were an important ambition for me.  I always hate pressing the ‘publish’ button, and much of this is driven by anxiety about whether I’m making a fool of myself.  I certainly envy those who can do this with fluency, free of such worries.

However, what worries me much much more is the way that some of these tweets – even by the most thoughtful and inspiring teacher – have the effect of closing down the categories of what it is acceptable to post about.  We might cite Carl’s insistence that some practice be ‘eradicated’ when it is clear from a moments reflection that aspects of the work in the post above could well be viable and valuable in many classrooms.

Carl’s earlier tweet, that a Philosopher’s thought experiment about preventing parents reading to their children, was ‘beyond parody’ is a great example of this last concern.  The report was an excerpt from a longer interview about about ‘familial relationship goods’ – the things that parents can do to confer advantage on their children.   Andrew Swift considered that the benefit of reading to children at bedtime conferred a bigger advantage than sending them to ‘elite private schools’.  Their conclusions were that parental reading should _not_ be banned (the opposite of the headline) because that would interfere with the proper establishment of ‘loving, authoritative affectionate’ family relationships.  (Interestingly they decided that we _could_ prevent people sending children to private school without making a ‘hit’ on family relationships, and at the same time prevent un-fairnesses for other people’s children).

These are important questions to consider – and it is the job of philosophers to do this. Not all the examples above are those in which such important questions are at stake, but all are examples of the ways in which debate is shut down on twitter.  I bet I’ve done it myself on occasion – but I hope I think more carefully before doing so again.