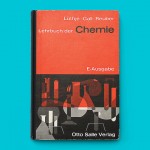 In 2010 I started writing a textbook on Italian Unification. Over the next three years, with the help of my co-writer Pam Canning and our editor Ian Dawson we made something of which I am really quite proud. The book tries to go beyond the specifications that it supported at the time (and the ones that are current). Not only does it consider things that not mentioned in those specification, it also takes the idea of history as an ongoing discipline seriously. In particular it tries to deal with ideas such as Romanticism, the Enlightenment and concepts such as nationalism in ways that I think will help students reach a deeper understanding of the period.

I can’t pretend that I set out with those aims – they came partly to me as I read for the book – because my knowledge of the period developed greatly as I did this. The main sources of those aims was Ian – who gently pointed things out and encouraged me to think historiographically and the very kind Christopher Duggan whose own book The Force of Destiny was inspiring, and who acted as academic adviser to our work. My ambition increased as the book was written; though I didn’t expect it to change the world, I hoped instead that it would be a good textbook.

With the new GCSE specifications have come new opportunities for writing textbooks at KS4. I recently signed off the proofs of a book for the AQA spec on Restoration England. This one I approached with more awareness, informed by a great talk I went to at SHP by Abigail Tazzyman and Bridget Lockyer, from the Centre for Women’s Studies, at the University of York. They have a website which contains some guidance on better integrating the history of women in lessons. I also met Kate Moorse at that conference who wrote a great book called ‘The changing role of Women’ in 1996 and which I remember using on my PGCE whilst training at Lord William’s School in Thame. Both experiences informed my approach I tried to use when writing the Restoration book, and I hope that this comes across when people read it.

I also wrote two sections for books on the Edexcel spec, both of which were about ‘the historic environment’. The ink is still wet on the last one, about crime and policing in Whitechapel in the late 19th century. Both were fascinating, both required me to learn a lot and even to do some research of my own, and both saw me agonise over inclusion of elements, texts, sources, questions.

That wasn’t the limit of the thinking and questioning. As an author of textbooks I found myself constrained as well as informed by the specification (more constrained and frustrated by some specs, but I won’t tell you which) and by my experiences as a teacher. The number of pages were limited, the number of hours that I knew my peers in classrooms would have is also limited – very much in some schools. I knew too that some classes would be taught by non-specialists, and that probably many of the teachers who used one of these books would not have studied these periods or topics at high levels, as indeed I had not before starting to plan and research the books.

So I couldn’t do everything that I wanted. I had hoped to convey more of a sense of women as politicians and powerbrokers in Charles IInd’s court, but space prevented this. The voices of people arrested, tried and imprisoned in the late 19th century are very hard to hear, only their answers to questions in Old Bailey reports, or a journalist’s summary record of their police-court testimonies survive. Writing the blitz involved selection from an embarrassment of sources, thanks to modern archiving, digitisation and the work of Mass Observation.
I final got around to reflecting on this writing, all this activity this afternoon. Apart from the thinking outlined above, I realise that I have never, once, thought about what it means to write a ‘textbook’, or what a ‘textbook’ is or for, nor even I have I systematically considered how textbooks might be used. This seems to be an obvious direction in which to investigate. Watch for further text!

What is a textbook?